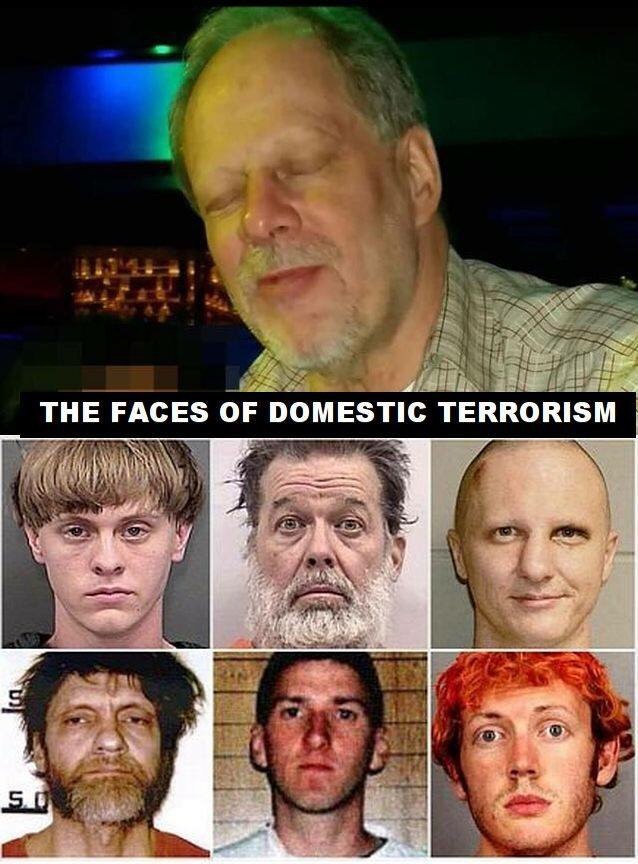 As always the case when mass shootings occur people want to redress the 2nd amendment in the most reactionary manner. In most cases citing failed proposed laws that even if enacted would have done little to stop said massacre.
One of the more truthful idioms born from the mind of idiots is the  “guns don’t kill people, people kill people” mantra.  Does is it make sense for America to have more sensible gun laws like the rest of the developed world? Of course it does but with a congress and president scared shitless of the NRA and gun lobby its a pipe dream to think that this tragedy or any of the previous ones will spur them to action. I mean if a classrooms full of 5 and 6 year olds being mowed down by an AR-15 did not motivate them to enact safer and more sensible gun laws it’s safe to assume that nothing will. 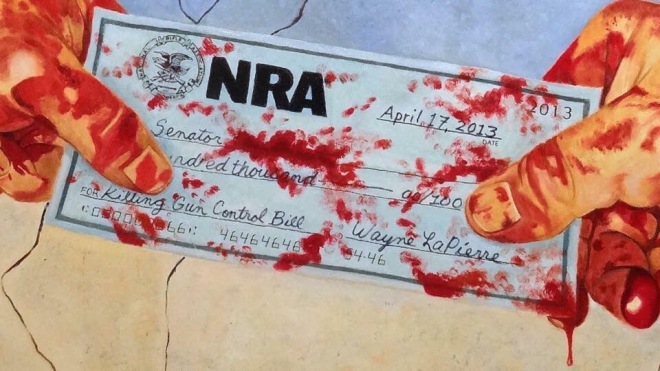 Furthermore the kinds of reforms that gun control proponents push, for the most part if enacted will not put a dent in the over 500 gun related deaths and maimings that take place in America on a daily basis. Banning assault assault styled riffles and 100 round clips will not save Pookie from Ray Ray’s .40 caliber pistol for shorting him on a bag weed. Nor will it save little Johnny from shooting his little sister Sarah in the stomach after he finds big Johnny’s loaded 9mm in his night stand while Becky-Sue is distracted with her soap operas and smart phone when she’s supposed to be watching her kids. The lion share of deaths by gun in America, be they intentional murder or unfortunate mishaps due to reckless handling or storage of weapons are unpreventable via legislation. Are AR-15’s, AK-47’s and other assault style weapons necessary for citizens to have? Absolutely not. However the toothpaste is already out of the tube and there’s no realistic chance of putting it back so my advice to the proponents of gun control would be to recalibrate their mission starting with their message.

If conservatives are good at one thing that their more liberal counterparts would be well served at mimicking is the manner in which they brand their ideals and end goals. They apply the most innocuous names for their most insidious deeds while reserving their harshest labels for some of the more sensible goals of their opponents. For instance calling a reasonable  tax on the transfer of wealth from the 1 percent to their born on home plate progeny a death tax in the minds of most Americans gives them an automatic leg up in the argument. Even among those that are in the 99th percentile of the 99 percent. Calling the Affordable Care Act Obamacare no matter how much more useful it is than their proposed Orangecare is an automatic win in middle America and other unsavory places in the US where the deplorable vote holds sway. You don’t need a reminder of the fact that in certain places in America they’re just not into 44. The point I’m making here is that if the proponents of gun control wish to move the needle in the direction of more sensible gun laws they need to start  from scratch starting with scraping what they call what they’re trying to do.  No body likes to be controlled so the entire “gun control” label needs to be thrown out the window. Take a page from the conservative playbook and call it “gun freedom” or some other friendly name. In this new gun Freedom bill that they propose they need to put some meat in it. Most preventable  gun deaths in America are not done by the mentally ill using an assault style rifle with a banana clip so making those things the hallmark of your leguslative goals in the long and short run is a waste of time and energy.  Most gun deaths in America from my purview are the result of gun runners that buy firearms in bulk in one of the 48 contiguous states where the laws are lax and are transported to the hood where they are disseminated with zero oversight and fall into the hands of people with even less accountability for the express purpose of murder.  If the Gun Death Prevention Bill (see what I did there)  proposed made these gun runners and straw purchasers the boogie men as opposed to the gun enthusiasts who at least on the surface are legally and lawfully using these needless weapons you have a much more reasonate and air tight message. Another sensible legislative goal would be to have these weapons ballistic tested before they leave the factory and made as synonymous with the gun as a Carfax report is with a vehicle. In the groove of every gun barrel (save for shotguns) is a very unique pattern that’s akin to a finger print. If every gun that’s purchased has its ballistics recorded before its sold then in theory the owner of said gun will be much more judicious in how and where he lets it pop off. Not to mention it would make crime solving much more easier for authorities to solve. More importantly it will more easily pin point who these straw purchasers of firearms are and who their sources are. This of course would still be met with much consternation by the NRA and their conservative lackeys in congress but the messaging would be one in which they could not easily parlay into an assault on the second amendment rights of blue blooded Americans in red state America.

Somewhere along the line long ago the 2nd amendment rights of Americans have morphed into the right of gun manufacturers to maximize their profits by any and all means. To think that that’s going to change because 58 people were killed is to fundamentally not understand how America works. 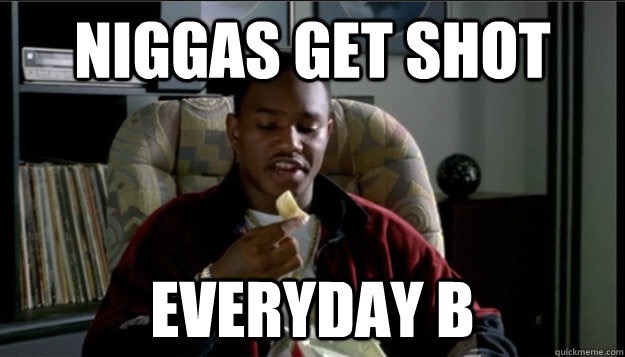 Since the 2nd amendment argument is so muddled and such a non-starter for so many in America the better battle would be the 1st amendment argument. Especially since many on the right are so willing to have that battle today. 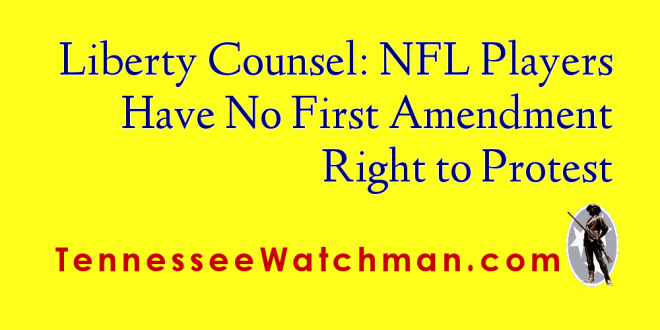 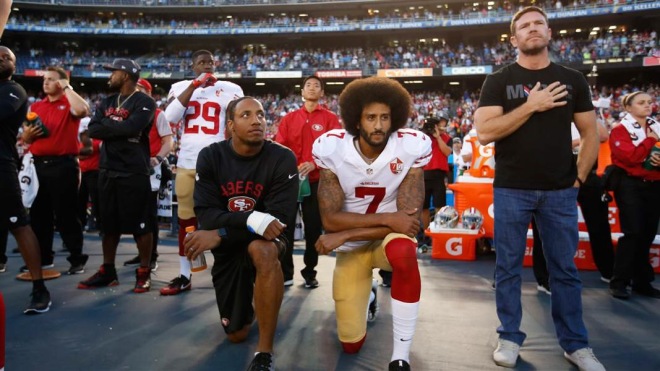 Fox News has been radicalizing white American terrorists since 1996. The Am side of your radio has been doing it much longer. The scientific name for “fake news” is propaganda. While the “fake news” coinage is relatively new it’s been used as a weapon in information warfare well before the B.C era. From Constantine the Great on through the Crusades and the Protestant reformation up to today’s alternative fact driven administration, propaganda has been the most potent tool in controlling the minds of the masses. Fake news was once so threatening to democracy in America that the powers that be saw fit to create laws to abate its powerfully specious affects. During the early 1900’s when the radio was the primary medium of mass communication the FDR administration created the FCC to regulate its airwaves. The MAYFLOWER DOCTRINE was created by the body soon after due to the inordinate powers wielded by corporations to sway public opinion for their private benefit. In short the doctrine mandated that equal time be given on all sides of issues germane to the public when discussed on air. The FCC knew then what far too many fail to grasp today and that’s the fact that the public broadcasters are duty bound to the public. Their position as gatekeepers of mass information is powerful tool that if used the wrong way or fell into the control of those with nefarious intentions could lead to calamity.

Fast forward to today and we are seeing great calamities in our news cycle on a daily basis. Some via natural disaster and many more that are man made (even the natural ones). Since there’s little to no chance of the Fairness Doctrine coming back the only true way to abate the perilous false premises that power fake news in this information warfare being waged against the American public is having a populous that’s far more awoke, in tune and analytic. Fake, false or misleading news is what left America with the choice of Hillary Clinton, Jill Stein and Donald Trump. Fake news is also largely responsible for why the worst of those three very bad choices won out. Now that fake news elevated a fake president to the Oval Office he’s trying his best to make it a permanent fixture in America. How do we stop him? I don’t have an answer to that. Hopefully like every thing else he’s attempted in the last 9 months he will fail due to his own gross incompetence or the gross incompetence of his party. If however he succeeds its incumbent upon we the people (of sound mind and good conscience) to know what’s real and relevant news and what’s meant to distract and even worse radicalize the malleable minds among us to commit the kinds of heinous acts that Mr. Stephen Paddock commited in Vegas. It’s easy to blame the suspect and write him off as some lone wolf or a mentally ill person but the truth is whether or not he acted in concert with another person he has a co-conspirator and that co-conspirator is embedded in the mainstream news. He’s not the first white man to use his entitlement, privilege and sense of superiority to make the public space his own personal killing ground for reasons only known to him and sadly he won’t be the last.  And no amount of gun control legislation can change that. While no manifesto was left detailing his political proclivities or social leanings his actions are in line with the myriad other men who were more transparent about theirs and for the most part their ethos and worldview was shaped by an amalgamation of cherry picked facts, half truths and outright falsehoods.

People of good conscience must begin to put in silos all purveyors of fake and misleading news. Know what the history and political and social leanings are of all of the news sources you take in. If you don’t know the history of the author you really don’t know what you’re reading, watching and listening to. The survival of this great nation literally depends on The collective public to stay woke and while we are in this existential battle of amending amendments we should be doing it in numerical order. Once we get this whole Freedom of speech and the freedom of the press under control then I think as a nation we’d be better equipped and prepared to take on the Freedom to arm oneself to the tee.