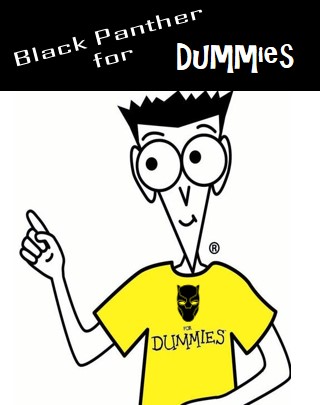 Before you accuse me of being hyperbolic for calling the Black Panther movie the seminal movie of the 21 first century understand that the 21st century is a mere 18 years old so it’s not like it was up against a great deal of competition. That said the title is a bit of an understatement because it’s actually the most seminal movie in the last 100 years (at least). Now you can feel free to lambaste me for being hyperbolic. But I implore you to hear me out first.

Art imitates life and vice versa. 50, 60 , 100 years ago a film like this could never have procured the financing because the guardians of Hollywood’s purse strings were well aware of how powerful media imagery is on the collective subconscious of a nation and how the collective subconscious of a nation being triggered has the power to create huge paradigm shifts in a relatively  short period of time. Ronald Reagan is the lord and savior of the conservative id to this day, not because of what he did as governor of California or president of the United States. Ronald Reagan earned his stripes as the god father of conservative ideology for what he did in Hollywood. Not as the D List actor that he was, but as the head of the screen actors guild. As guardian of American cinema he made sure that every movie that he had the power to green light was way more John Wayne than John Brown. If a movie promised optics that codified White patriarchal supremacy it was green lit and fully and very easily financed. If it had even a semblance of an opposite affect it was stopped in its tracks and those who were part of the failed project were essentially black listed and labeled communist sympathizers.

It’s hard to overstate the correlation between what comes on the silver screen and how the it affects the worldview of the masses.

Take for instance Birth of a Nation (The original 1915 movie). It was hailed as cinematic genius and in a way it was. Not because of a creative plot but because of how it helped stamp white patriarchal supremacy as the dominant theme of the 20th century American ethos. Even more indelible was the damsel in distress trope of white women at the hands of the scary black man. A trope that still holds a lot of weight in this day and age. 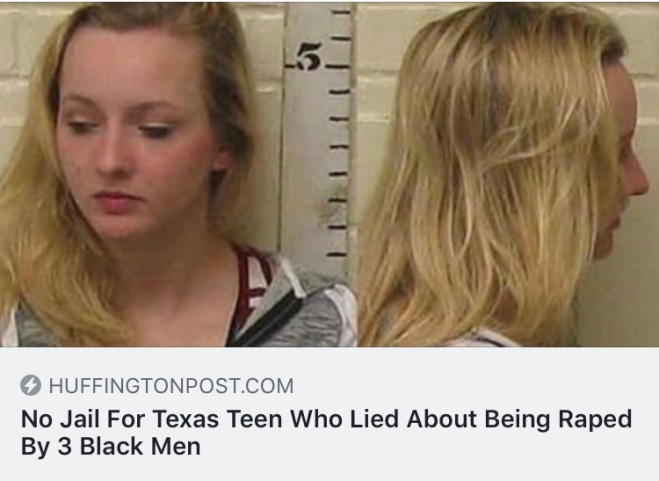 As you can see media imagery and subliminal messaging are extremely effective and long lasting–much more than most consciously know or understand. If it were not so effective a 30 second super bowl commercial would not cost 5 million dollars and product placement in movies would not cost exponentially more (I can only imagine how much Lexus paid for their prominent feature in this movie).

For the sake of brevity I’m going to highlight just a few of the paradigm shifting subliminal and not so subliminal messages that were inherent in this movie that seems to have taken root in the collective unconscious of not just African-Americans writ large but Americans of all walks. 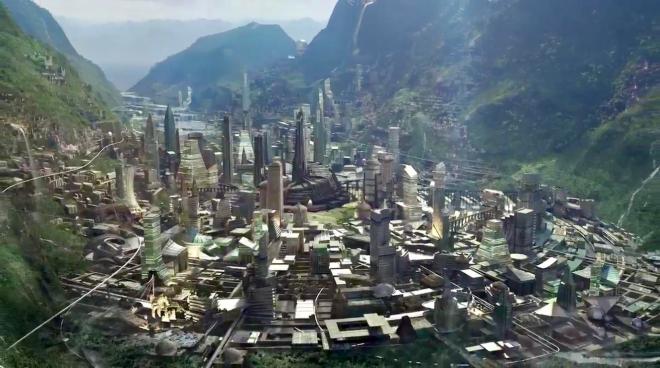 Africa minus European Encroachment = Wakanda.  Diamonds + salt + gold + iron + cobalt +uranium + copper +bauxite + silver + petroleum + cocoa beans + platinum + phosphate + tropical fruits + zirconium + unlimited sunshine = Vibranium. While the nation of Wakanda is no doubt a mythical land, make no mistake about the fact that the wealth and resources boasted about it in the movie is very real and very tangible.  Africa is the home of humanity. The cradle of civilization that if it were unmolested by colonization and mass human trafficking as a continent it would be every bit as powerful, self sufficient and self sustaining as the fictitious nation of Wakanda. One of the most beautiful things about this movie is the fact that it has inspired regular run of the mill American Negroes, the type that would normally be averse or indifferent to the motherland, to be far more embracing of it and intellectually curious about it. Some of the same black folks that propagate half and barely truthful talking points like “Africans look down on black Americans” showed up in movies theaters in dashiki’s talking about “Wakanda for life”. Some see them as hypocrites. I see Ne-growth. More importantly I see what Marcus Garvey saw when he created the Black Star Line and his back to Africa movement. Not necessarily or solely in the physical form but back to Africa mentally. The village within the diaspora concept.

Paying homage to ones ancestors is not uniquely African. At least not on a surface level. There’s all sorts of buildings, bridges and monuments erected in honor of the dead colonizers. However the African centered form of homage whereby calling on and leaning on the elders and ancestors for knowledge, strength and wisdom is indeed uniquely African. Ostensibly the deeper the roots and tradition the more knowledge, wisdom and strength that can be gleamed. Nothing illustrated that salient fact more than juxtaposing T’Challa’s trips through the ancestral plane with Killmonger’s trip. T’Challa during his first trip through the ancestral plane went in lacking the confidence of a king. Burdened with taking over the thrown from his father who was killed T’Challa needed reassurances that he was up for the job. T’Chaka reminded him that he prepared him for this day giving him all of the assurances that he needed and he came back to present day Wakanda with the requisite confidence to defend all challengers to the throne. During his second trip through the ancestral plane he had even more confidence. So much so that he challenged the wisdom of his father and the ancestors that preceded him for their failure to share the wealth, resources and technology with the rest of the African diaspora still under the firm grip of white supremacy. In that instance he was actually standing on the shoulders of his ancestors and seeing far past their highest visions. Conversely when Killmonger went through the ancestral plane he did not have a very deep path to draw from. His father who never made it to the elder stage of life was probably the same age as Killmonger was when he was killed so you essentially had a person who was arrested in his development seeking wisdom from someone who was equally suspended in a primordial state of being.  Since nothing plus nothing equals nothing Killmonger arises from the ancestral plane even more reckless than when he laid down.  The great take away from these two cousin’s trip down ancestral lane is that sins of the father revisit the son and the sins of an absent father revisit and oftentimes destroy their sons. Something that many of us know all too well.

What do the #Blacklivesmatter, #Metoo and #OscarSoWhite hashtags have in common? #Timesup here is your answer: They were all the brainchild of black women and they all sparked major movements that to this day are major disruptive forces that have to be reckoned with.

As we delve deeper in to the Aquarian age feminine energy across the globe will only get more powerful and more potent so it would behoove black men to get ahead of the curve and be like T’Challa when it comes to incorporating the wise council of the women around him. One of the things that made T’Challa a successful King in the movie was his willingness to accept and respect the wisdom of the women around him. They proved to have more foresight and loyalty than his right hand man and that is a lesson that black men in America would be wise to adopt and adapt.

If every black man had him a Shuri for a sister, a Nakia for a wife, an Okoye as consiliari and 5 star general and a Ramonda for a momma we’d be a formidable force in this world as a people. As a matter of fact many of us have Shuri’s, Nakia’s, Okoye’s and Ramonda’s in our lives, we are just failing to recognize them. Ask failed US Senate candidate and former judge and accused pedophile Roy Moore if black women are formidable foes. Word to the wise. Surround yourself with some of these Wakandan warrior women already in your orbit.

Nobody wins when the family feuds

One of the reoccurring and more heated debates that I’ve seen post premiere has been the T’Challa vs Killmonger debate with many strongly feeling that Killmonger was the real hero in this fictitious tale. People expect those that are commonly referred to as “Hoteps” (by 2019 I hope that we can retire that phrase as a pejorative) to be more team Killmonger than team T’Challa but it’s not just the Black Israelites expressing these sentiments. People of sound mind are also concluding that Killmonger was more protagonist than antagonist– something that I find heartening and a bit disheartening. It’s somewhat disheartening in a way because despite him shooting his formerly ride or die Wakandan like woman through the heart and almost choking out an elder Wakandan woman there’s obviously a lot of passes being given for sociopathic behavior. It’s heartening at the same time because the movie was obviously able to evoke the long dormant wholistic thought pattern that was once common place in the Afrocentric thought process. One of the major problems with the African-American mindset is how we have been conditioned to think and process stimuli in such a binary manner. So while you may cringe at some of the Killmonger was the next Malcolm X quips and comparisons that cross your social media timelines take solace in the fact that some of our people are simply enamored with the fact that revolutionary thoughts, reversing the plight of of the historically oppressed and calling out the progeny of colonizers is what moves them more than some of his untoward antics and actions. In other words contentiousness is trending and it’s hard to construe that as a bad thing. Moreover the rage and inexplicable anger and angst possessed by Killmonger is inherent in some form or fashion in most black men in America.

James Baldwin said it best when he mused ‘to be a negro in America and relatively conscious is to almost always be in a fit of rage’. That described Killmomger as much as it describes most black people in America hence his widespread resonance amongst so many people. The myriad conversations and debates about who should be the King of Wakanda is more cathartic than problematic because it grants us a chance to do some Self reflection about who we are as a people and what our rightful place in the world is. Most importantly it grants us the opportunity to see Africans in Africa, abroad and state side as our cousins, brothers, sisters elders etc who we are only disconnected from via the dastardly deeds of European colonization and chattel slavery. In fact the plight of the black family in America is a microcosm of what the plight of Africans in Africa are. We have common issues so it only makes common sense for a symbiotic and unbreakable bond be forged. With all that Vibranium flowing through the continent matched with all the intellectual property and ingenuity possessed by African-Americans it’s high time we set up trade routes and strategic partnerships that would be mutually benefit. The Chinese have made major inroads in Africa because of their monetary prowess. The United States and NATO is deep in the continent via Africom. Black people collectively don’t have the money that China has nor do we have the air craft carriers, surface to air missiles or anything near the stockpile of weapons of mass casualty possessed by Africom but what we do have is the blood royal bloodline-Wakanda for life right?